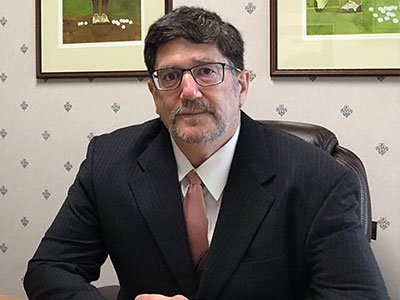 Kurt A. Anagnostou received his Juris Doctorate degree from University of Pacific, McGeorge School of Law, in Sacramento, California, studying constitutional law under United States Supreme Court Justice Anthony Kennedy. Mr. Anagnostou also holds a Bachelor of Arts degree from the University of the Pacific and is licensed to practice law in Washington, California, and the Federal Courts.

Mr. Anagnostou served on the Longview city council for 12 years, the last 4 of which he was Longview's mayor. He currently serves as an elected commissioner for the Cowlitz County PUD. His dedication to service is second to none. He has served as past president of the Cowlitz Wahkiakum Bar Association and past president of the Longview SandBaggers. He is also an active member of Longview Pioneer Lions Club and St. Rose Knights of Columbus as well as local youth sports coaching and Boy Scouts of America and as an assistant scoutmaster.

Born in Longview, Washington, Kurt Anagnostou eagerly returned here after Law School to make a home for his family in this community of his childhood. Kurt and his wife Debbie have three sons, Alexander, Sam, and Kaleb, who keep the family active and involved in education and extracurricular activities like baseball, football, soccer, swimming, wrestling, Boy Scouts, violin, church youth groups, and many other programs.

Tell us about your situation and schedule a time to talk.